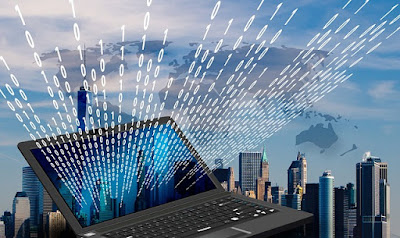 During the weekly #blogchat last week, a fellow #blogchat participant introduced me to site Blab.  Marc Miller introduced me to Blab by way of his blog posting back in October 2015.  Blab is still in beta, so it is still being tested.  I was intrigued as soon as I visited the the blog (Boomer Job Search with CareerSherpa and CareerPivot) and saw the demo of how Marc was using the Blab service.

At first glance of Blab, it appears to be a simple video chat.  With deeper investigation (and use) it is similar to Google Hangouts, but this was different in that anyone could tune in and watch the conversation.  Not only can anyone tune in and watch, but they can also chat with anyone in the "room".

I admit, I have not done a lot with Google Hangouts.  I have visited the site and participated in one or two Hangouts.  Although, usually when I have taken part in a Hangout, it was through a YouTube video where someone was doing a Google Hangouts and then broadcasting it via YouTube.  I think the last time I tried using Google Hangouts was in 2011 or 2012.  Sure, I see them from time-to-time when visiting various sites or when browsing #live streams on YouTube, but it has not been something I have been involved in at all.

From what I know of Google Hangouts, I remember it would allow up to ten people doing video chat.  No one else can join in on the call to watch those ten people chatting.  Only those ten people connected are able to video chat and see one another in the chat.  This is where I believe Blab is different. 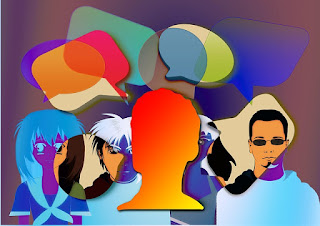 Blab only allows for a maximum of four people to video chat at one time.  The difference is that anyone can tune into the Blab to watch and even interact with the "blabbers" in the chat.  A complete description of what the site is about can be found on their web site at https://blab.im/about.

The site is currently in beta, but so far from what I can tell, it is working fine.  The site does only currently work with Firefox or Chrome.  It does not work with Internet Explorer or Safari.  I am hopeful as they build and develop the site that other browsers will work with the site too.  Possibly the HTML engine of the two browsers they have selected that allow for the video chat to work where IE and Safari do not allow for it to happen.  Regardless, to gain popularity I hope that other sites can be used too.

The site went to beta back over the summer of 2015 as indicated on the About Blab page.  It appears they have had some good publicity from presidential post debates as well as Big Brother chats.  Yes, the first time I hear about it was during a weekly #blogchat when a fellow chatter mentioned it to me.

I am certainly interested in what the site is about.  I see the potential for a lot of events.  No, not necessary me doing them at this point, but looking through the various categories, it already appears to be catching on to TV and radio hosts to allow interaction for their shows.

Interesting point that Marc Miller suggested in his Blab chat, what it can be used for office hours for faculty.  The site allows anyone to jump into the video chat and the entire class, or anyone interested, and that has the link to the video chat, can tune in and take part.  They can take part by jumping into an open seat (remember there are four spots to video chat) or they can take part in the chat.

They have an app for Apple and imagine if it continues to grow there will be apps for other mobile devices too.  Certainly a interesting concept they have put on the web.  I would never have known  about it until the #blogchat last week.

What cool and different sites to you visit each week that you are not sure anyone else knows about?  Feel free to share in the comments or send me a tweet.
Email ThisBlogThis!Share to TwitterShare to FacebookShare to Pinterest
Labels: Blab, New, video, Web Site