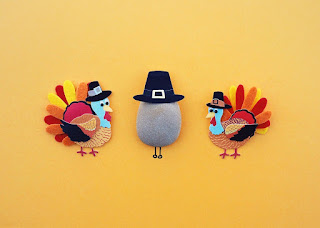 Thanksgiving is one of my favorite holidays. It is a time to be with family and friends. It is a time to give thanks and remember those we love. It is also a time of fantastic foods. Turkey, dressing, green beans, and pies. Oh then there are the liquid drinks that go along with the day. It is a good day for wine, maybe a glass or two of scotch. It is a wonderful day of relaxation, watching football, and enjoying family and friends.

May each and every one of you have a wonderful Thanksgiving. Be sure to reach out to those you love or those that do not have a lot of family to give them thanks too.

Hard to believe how fast the end of 2016 is going. It is only November, but it is almost Thanksgiving and Christmas is right around the corner. Before long it will be 2017. Let me see if I can summarize what has happened since my last post in August.

The end of August started my goal to get a masters. I enrolled in my first masters class in August. It was a eight week completely on-line course. With only one course completed in the Master of Arts in Communication and Leadership, I do not take my next course until the second eight weeks of the spring semester. The program is completely on-line and all courses are eight weeks. It is possible to do two classes a semester meaning it can be finished in a short amount of time. I am taking the classes for free by working for Washburn, so I am on the extended plan. It will take me longer to finish, but I am not in a huge hurry to finish it up. I have been looking at obtaining a masters for a few years now. This program was just announced and started being offered fall 2016. I am excited to be taking classes again! 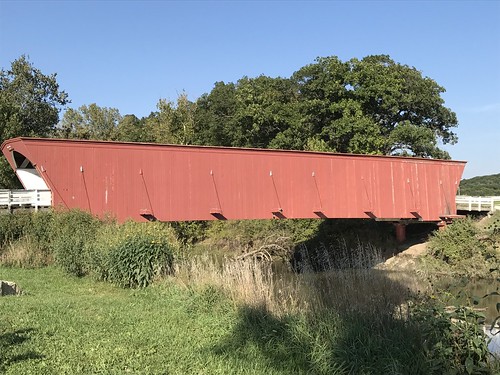 September had me about halfway through the master class. It was also the 14 anniversary for Carrie and I, so we made a trip to Des Monies, Iowa. We had a great time in Des Monies. It was our first time to visit Des Monies and first time in Iowa. We stayed at a Bed and Breakfast where we had a wonderful time.

Not only did we enjoy so many different Iowa beers, but we also enjoyed some excellent Iowa wines. We bought a case of different wines and brought those home. They have some very good wine selections from local wineries. We were impressed!

We ate at a different places and like we do most of the time when we travel, we eat at places we cannot eat at when we are at home. Carrie found a place for us to eat called Strudl Haus. It was an Austrian dining experience and we both loved our dishes. We each got a plate to ourselves and then one extra to share between the two of us. Glad we did as it was a great experience. 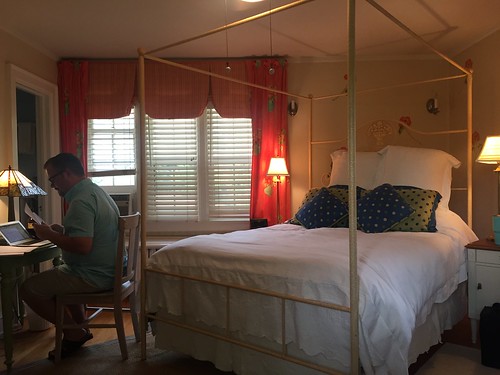 Following eating at Strudl Haus, we went to our B and B which was called Butler House. The picture to the right is our room. It was my first experience staying at a B and B. I loved it! Breakfast each morning and then free to go on the town. As I mentioned earlier, I did not plan well during this trip, so I spent most afternoons working on my homework so I could post it by Saturday evening.

We could not have asked for better weather while we were in Iowa either. It rained overnight and then was beautiful during each of the three days that we were there.

A few of the other places we ate (or drank) and would highly recommend included El Bait Shop, La Mie Bakery & Restaurant, Summerset Winery, and Iowa TapRoom (was awesome!).

We want to go back and visit again we had so much fun in Iowa. Beautiful country and it was a really easy drive from Topeka to Des Monies. Highly recommend a visit to Des Monies, Iowa. 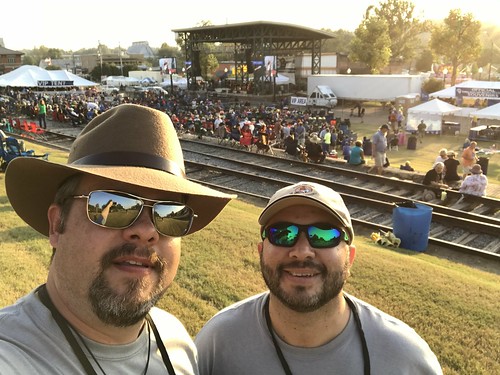 I attended another King Biscuit Blues Festival which celebrated the 31 year of the festival. Javier and I were able to attend this year and Carrie stayed home for this one. We had one of the smoothest festivals I have attended. I have told others that the first day (Thursday), I did not have to carry anything at all. I think on Friday, I carried maybe a single amp. It was smooth and not a lot to do other than catchup with so many friends that attend the festival.

After returning from the King Biscuit Blues Festival, I had to finish a paper that was due the Saturday night while I was gone. Having an extension, I was able to finish it up the following week. I had it turned in by Wednesday evening following returning from Arkansas. We then had our final presentations to give for the class on October 13. August - October proved to be rather intense with classes and work, but I made it through. We already have our grades from the master classes, so I know that I already earned an A for the first class. I am ready to enroll in the second class which I will do here in the next few weeks. 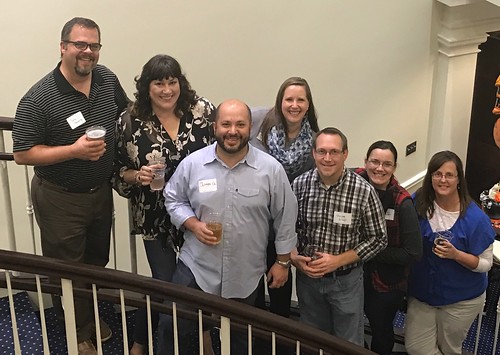 October was also Washburn Homecoming. Javier visited Topeka and stayed at our house. We had his new dog with him. We had a great time! It was fun to go to After Hours and have everyone attend. We took the picture to the left with all of our friends. Thanks to Danny for snapping the picture!

Washburn won the homecoming day game and once again we had beautiful weather. Carrie and others made so much wonderful food, everyone had a great time at the game. 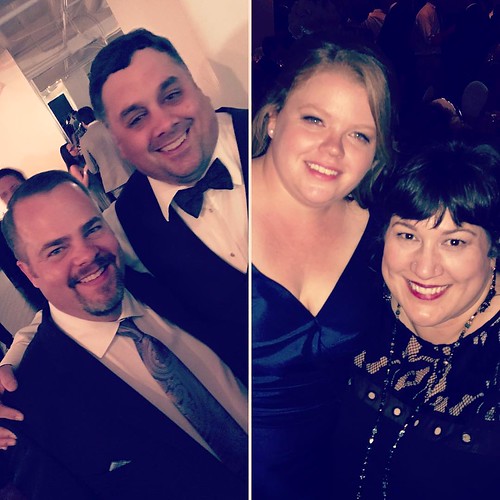 We are early into November, but not far away from Thanksgiving. We attended a wedding for Drew and Libby in Kansas City the first weekend of the month. Beautiful wedding where we stayed the night in Kansas City. Greg was an usher in the wedding which is why he was wearing a tux. Me, I had just purchased my new suit for the wedding and just to have that week.

I believe I have caught you up to what has happened the past few months. It has been a fun filled past few months. Intense at times for homework, work, and life, but things have been good. I am looking forward to a great ending to 2016. This year has flown by and I want to make the most of what is left of it before we move to 2017.

Until next time, have a great November and I will talk to you again soon!