Monday Thinking Back to the Past Weekend

Another weekend down and we move into the first week of February. Wow! Hard to believe that it is already February. Carrie and I are trying to decide on an additional vacation possibility, but it would mean not doing some other things. Decisions need to be made so we can let our friends know our plans.

Our vacation plans are not what this post is all about. No, this post is about the weekend, sports, and having fun. Friday night was After Hours at Washburn University which is a great even that our Alumni Association puts on here at Washburn. To attend, you do not have to have gone to Washburn or work there. It is open to anyone and it is a lot of fun events. The first Friday of each month (usually) is After Hours. Free food, beverages, and fun with people from all over Topeka takes place here.

This Friday I had lunch with a longtime friend Shayne. I told him that in the evening we were going to After Hours. He and his wife, Autumn, decided to attend. They might just join to be paid members after the fun we had Friday night. Susie kicked us out shortly after 7 when the event ended. Carrie and I invited people to our house for snacks and drinks. We ended up playing games and had a great time. Some of us drank a little too much and we were hurting Saturday morning.

Saturday morning I had plans to go into work and do some serious work. Well, I did make it into work, but my serious work did not materialize until Sunday around 11. I went into work and checked e-mail, browsed web sites, and then went to lunch. I took a three hour nap in the afternoon so I could be ready for Brenda's b-day party that night. 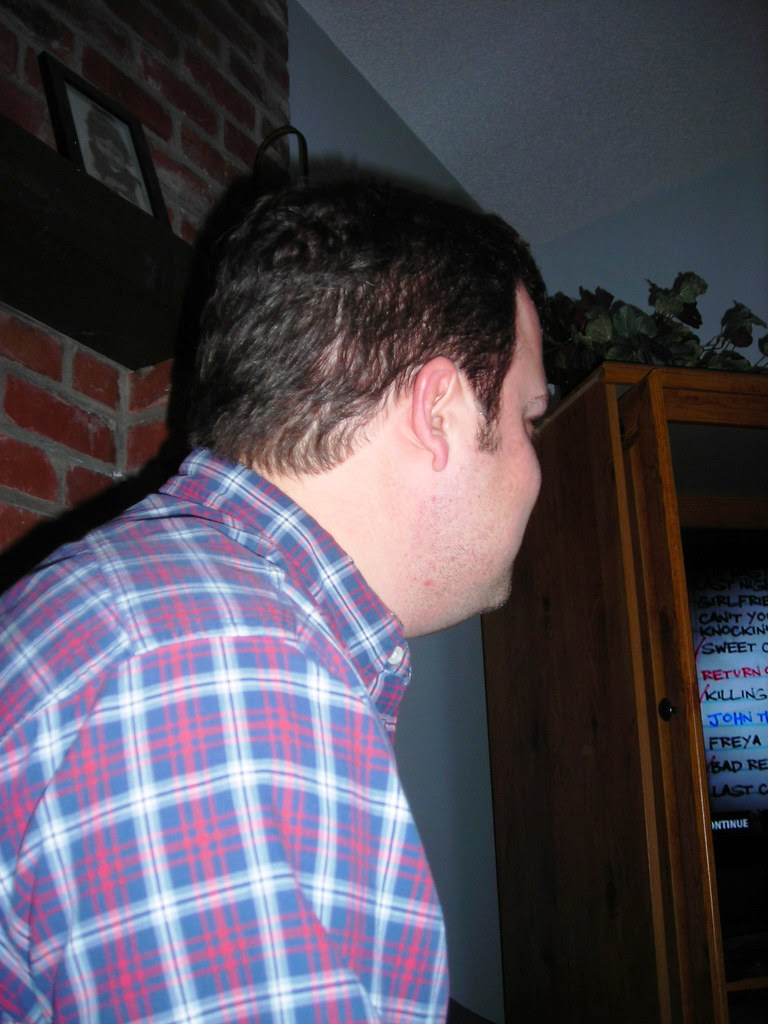 Carrie and I got over to Brenda's a little later than we had expected. We were sitting having a good time when our good friends that we do not see often enough knocked on the door. Brian and Kim came to Brenda's party. It was great to see everyone! We played Guitar Hero II which is becoming a common event for us at gatherings. Some of the people at the party did not seem to like that we were playing Guitar Hero, but it was the birthday girls wish to play the game at her party. We had to grant her wish!

Great time at Brenda Beans! We ended the night after playing some tennis on PlayStation. Fun night and Brenda was another day older. Poor Brenda!

Sunday I finally made it into work and got a lot completed. I worked from 11 - 1:30 and was ready for the week. With work behind me I went home to watch the Jayhawks barely squeak by the Colorado Buffalos. Wow! KU almost lost that game and talk about not being in sync throughout the game, they did not look good at all. Now, I admit that I feel asleep during the first half and part of the second, but I did wake up in time to see the last minute of the game. I then quickly fell asleep again. As I write this I believe the game was actually on Saturday when I am saying Sunday. As you can clearly see, I am mixing up my days from the weekend. It was a relaxing weekend, but also stressful knowing that I had to finish up evaluations for a deadline.

Sunday was a great night for NFL football. It was the best Super Bowl I have ever seen. I was not really pulling for either team, but come the end of the game I was cheering loudly for the Giants. They pulled out a huge game and made Tom Brady eat his words from a previous interview that week. Making a comment joking that someone said he would not score over 17 points in the game. He laughed and told the reporter that was crazy and it should have been something more like 40+ points that he would score. Well, the joke was on him and the Patriots. Still, it was a great game and a fun one to watch.

So, it was a fun weekend and also a stressful one. I am already looking forward to next weekend! Have a great one yourself and until next time...
Email ThisBlogThis!Share to TwitterShare to FacebookShare to Pinterest
Labels: After Hours, Alumni, Friday, Kansas, party, Topeka, Washburn