Start the Running Process Tomorrow and Get the Run Bug Again 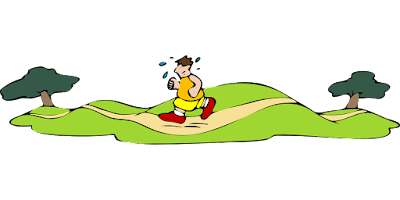 Finally! It is happening! Finally, I am getting motivation to start running. Not remembering the last time I ran, I had to go look at my apps to see. The last time was July 2015. I ran for approximately three weeks and then stopped. Not feeling like running since that time. It is time again to start running. Finally!

Plan is to get back into running. Starting out slowly using the Couch to 5K app. My plan, is to be able to run the Bow Tie Run which will take place in the fall. Starting now, I should have more than enough time to prepare and be in running form for that event. The plan is to run Sunday, Tuesday, and Thursday each week. The Couch to 5K is a eight week process. The focus for this eight week process is to simply be able to run again. Not lose weight, although, that will hopefully happen as part of the process, but to be able to run again. Not be winded walking up the stairs in our house, but be able to do things that I was doing back in 2012 when I was running regularly (see Running Posts from my Blog).

Remembering back to running regularly, I recall how good it felt. How good it felt to run outside listening to music and feeling as though I was being productive. The best part was after a run outside, my dog Oliver would be so excited because he knew that part of my cool down process was to take him on a walk. He would get so excited when I was putting on my shoes because he knew what it meant and that he would be going on a walk.

The worst part is that I have been paying a gym fee each month for the past year and not been to the gym once. Starting the running will at least make me feel like that payment each month is not going to waste. Plus, I will not have any excuse to not run as I always have the gym as a backup in case of weather.


The worst thing I think I did previously was that I ran the same exact route every time I ran. The above being the route that I ran each time. I d not think that I got bored of the route, but I did get lazy and simply did not feel like running. Gradually during the past few months I have been telling myself that I am going to get back into running again and that time is now.