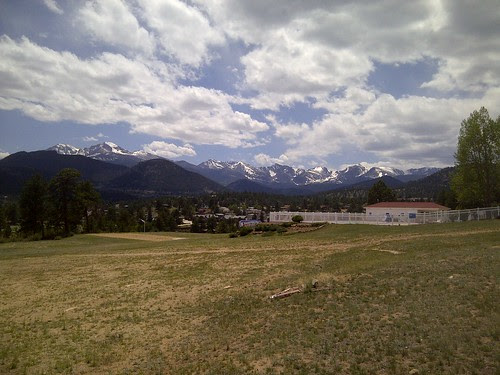 We had a wonderful time in Colorado. The weather was beautiful and we ate at so many good spots. Lots of pictures of where we ate or what we ate.

We had beautiful weather the whole time we were there. The first day it was so cloudy a d smoggy that we could barely see the mountains. In fact, we could not see them at all except for the outline of the peaks of snow capped portions. We later found out the bad visibility was caused from fires in New Mexico and how the winds were carrying the smoke. After that first day, we had clear views the rest of the trip.

We were out in the Boulder, CO area during the annual BolderBoulder 10K race. A few of us plan on being out there again next year to take part in that race. Over 50,000 people show up for that race and they had wonderful weather for the event. We booked our trip not knowing it was the same time as this annual event, so we ended up getting hotel rooms in Louisville, CO which is only 15-20 minutes from Boulder. 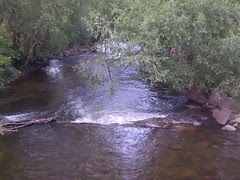 Streams through Colorado always bring back memories. Memories of being a kid with my parents and family traveling through Colorado Springs and on into Green Mountain Falls. We would go there just about every summer. I remember wading out as a kid into the middle of the stream with the water so cold, but yet I never wanted to get out of the stream; it felt so cool and it looked so cool seeing the occasional trout swim by. Good memories... This trip will bring back good memories too.

We did so much in the five days we were in Colorado. We started every day early and went until late in the evening. Javier and I did workout while we were there with running and biking. There were beautiful trails that went through the neighborhood we were in and eventually through ended up in a golf course. 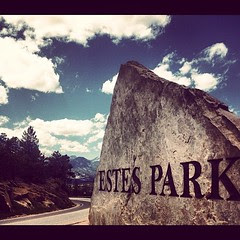 Estes Park was amazing. We stopped by to take a tour of the Stanley Hotel. While it took longer than expected which cut into touring of the Rocky National Forest, I am glad that we went through the tour. It was interesting to hear the history of the hotel and how they came to be in Estes Park. Hearing how the rooms were haunted was also very interesting. No, we did not have any occurrences while we were touring. When they were talking about the kids tugging on fingers or uniting shoestrings, I found myself watching the others hoping to see their shoestrings untie. 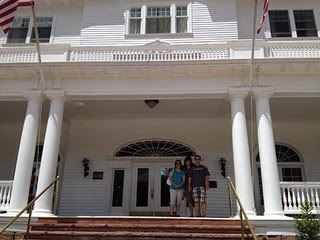 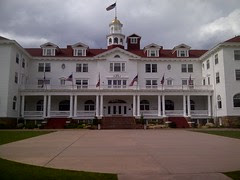 A few pictures of the food and drink we had while we were in Colorado.

Pancakes at Snooze. Best place for breakfast! These were so good! 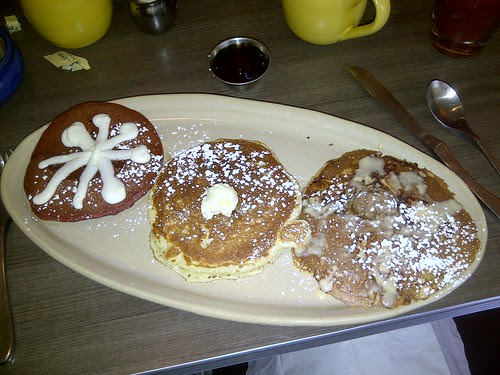 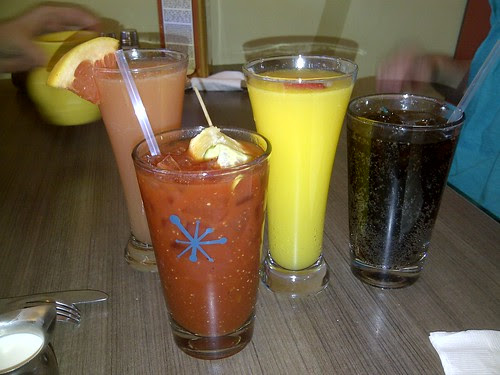 There was a festival taking place when we were there in Boulder which was a lot of fun too. We went down one evening to look around and there was a Neil Diamond singer there too that we had to stick around to watch. 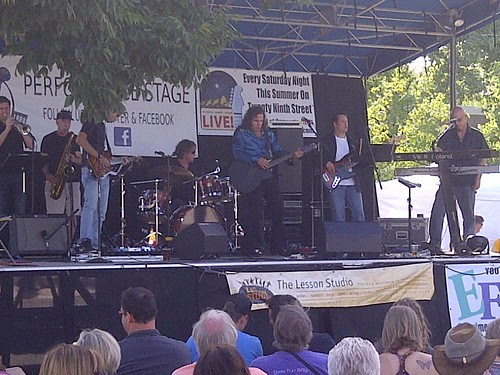 Drank some local beers while we watched and listened to the Neil Diamond band. He was good and sounded just like the "real" Neil Diamond. Carrie took the following video while we were there. 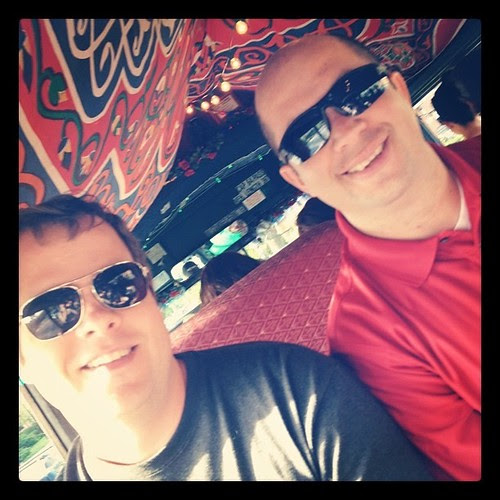 We had a fun time on the party bus. The party bus started off at a tavern and then went to three breweries. It was funny that when the bus ride first started, groups on the bus were staying primarily within their own groups and not talking to the other groups. That all changed by the end of the evening after three different beer stops and various amounts of beers were consumed. We took a taxi from our hotel to the tavern and then back home, which was a good thing as we all had a good time.

The beer tour bus was a excellent experience. We had so much fun on the bus and we were able to experience three extremely different local breweries. From the beginning brewery that was all natural all the way up to a brewery that we can get here in Kansas. 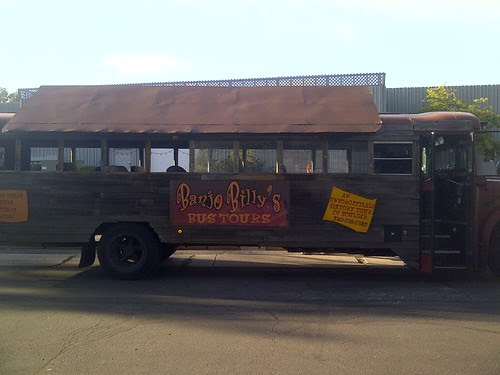 To the left is the beer bus that we set out in for our evening of adventure. As we were driving down the highway, there were people taking pictures from their cars as they passed us. You cannot make it out from the picture, but there is wood on the side of the bus and the windows were completely open. That might be part of the reason why when we first started that no one on the bus was talking as we were just hoping we would make it to our destination. If you are in the Boulder area, I recommend taking part in the beer bus tour. Note that it is only available on Sunday evening.

To see more pictures from our trip, visit my Flickr page. I look forward to being out in Colorado again next year to take part in the 10K race. Our next vacation will be on the Washburn Alumni cruise in November.