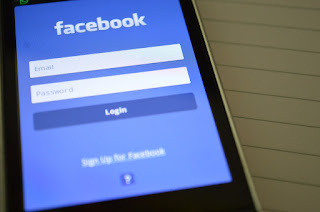 I made the switch about two weeks ago away from the FaceBook app to only using the Safari shortcut on my phone per the article on 9TO5Mac: PSA: Switching from the Facebook app to Safari can boost iPhone battery life by up to 15%.

I have an old iPhone 5 where the battery can barely last to 5 pm during the day.  So, I decided to give this a try. Granted, I did see improvement in the battery, but I think it is more to the point that I am not grabbing my phone each time FaceBook lights up with a notification.  Now, it is only when Twitter or email show there is a notification.  With most of my friends and family using FaceBook, that tends to be the one that lights up the most and has notifications.

I have noticed that my phone battery lasts longer into the evening, but as I mentioned, I do not believe it is simply because the FaceBook app is no longer on my phone. Instead, it seems to be because I am not constantly checking FaceBook throughout the day. This prompted me to do the same with LinkedIn and I removed that app from my phone too.  I set shortcuts for FaceBook and LinkedIn on my home screen and have been using those to get to those pages to check notifications.

Obviously by not having those apps installed on my phone, I miss notifications from those sites where normally I would have received the notifications immediately gone out to view the update shortly after it was posted.  This morning when I went to FaceBook, there were ten notifications going back to yesterday.  I made some changes to have those notifications that use to pop up on my phone to instead send me email for FaceBook notifications.

One bonus, as someone pointed out in the comments section of the 9TO5Mac post, is that now I do not need to have the FaceBook Messenger app on my phone.  I just removed that before posting this update.  I had completely forgotten about that app until now. I did not like having a separate app to chat with people on FaceBook in the first place. So, happy to remove that app from my iPhone.

After two weeks of this change with only using the FaceBook web site from my phone, I have not noticed huge improvements with battery life. It does have me questioning all the apps that I have on my phone and what I could remove and never miss. I do not have any games on my phone as I use to go through periods where I would play a game on my phone for a week or two, get tired of it, and then remove it.

So, now I do not have any games on my phone. A quick count of apps and I have 53 apps on my phone.  Of those 53 apps, I check maybe 5 - 10 on a regular basis. Sure, I have those iOS apps that cannot be removed too which are not included in that count of 53 apps. Still, of those 53 apps and my only using really 5 - 10 of them, I do not want to remove the other apps in case I might need them at some point.

In another few months, I will have the new iPhone 7 and then I will decide whether I will keep this app removal process going or give in and install the apps on the new phone.  For now, I am happy to run this way and not stay as connected.