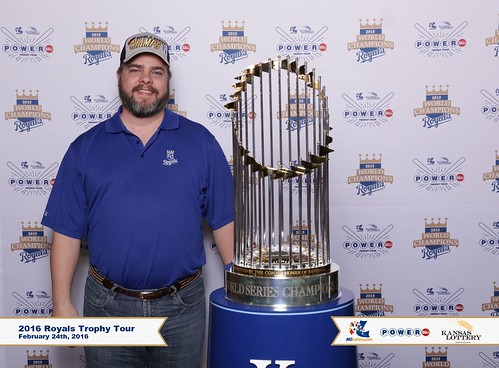 The Kansas City Royals had their World Series Tour and Washburn University was one of the stops, so we had to show up to get pictures. It looked like a good turnout as the line was fairly long when I got there at 5. Took us about an hour to get through to see the trophy and when we left, there was still a long line of people waiting to get into see the hardware.

No mascot or players, but the trophy there allowing fans to take pictures with it and of it. It was fun and glad I attended.  Unfortunately, Carrie has been sick since Sunday and she was unable to attend. I am sure she will see it this year at one of our visits to Kauffman Stadium as it will be displayed in the Hall of Fame.

Congrats to the Royals and thank you for sharing the hardware from the World Series Championship!

Flickr album of all my Royals pictures is below... Spans a couple different seasons.  Looking forward to another fun season! 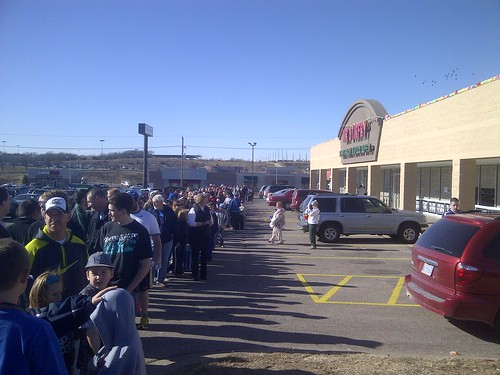