On this cold winter day, I will be spending time relaxing and enjoying television, the computer, and possibly a nap or two. This is a three day weekend for me with Washburn being closed on Monday. Tonight a group of us are going to see Hamilton Loomis. It should be a good show! I am listening to him now as I write this blog. 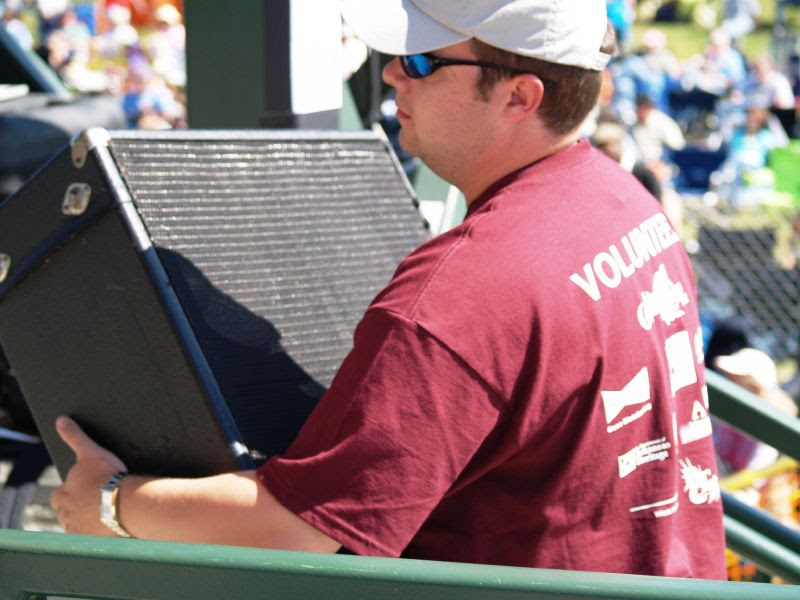 As mentioned in a previous posting, Hamilton will probably be at the Arkansas Blues & Heritage Festival in October. I have worked the main stage the past two years. It is a lot of fun! I carry equipment on and off the main stage. I have a chance to meet blues legends! The best part is that while I work I get to drink beer which is provided free from Budweiser. Nice!
Anyway, Hamilton is probably going to be at the Blues Fest this year. Uncle Tommy in Texas who helps to get some of the performers contacted me back in November to let me know that Hamilton was going to be in Topeka on January 19. He said he had seen him a few times and that he puts on a great show. So, we are going to go see him tonight. My father-in-law has been a huge part of the Blues festival in Arkansas during the past 20 plus years. He is going to see Hamilton tonight with us. It would be cool if we could talk to Hamilton for a bit either before or after he plays.

The other even that I will be doing today is to watch the Missouri/Kansas basketball game. The game is at 7 pm CST, so I will definitely be watching that and hopefully it ends before we have to head to see Loomis. Go Jayhawks!

Everyone have a great weekend and be safe!
Email ThisBlogThis!Share to TwitterShare to FacebookShare to Pinterest
Labels: Arkansas, Blues, Festival, fun, Stage Crew