Volunteering to Get People to Vote, Asking Questions, and Participation in the Election Process was an Enjoyable New Process for Me 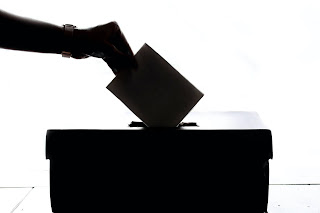 For the first time in my life, I volunteered my time to help get people out to vote. Without getting into the politics, it was a wonderful experience overall. I started in early October with a response to a text I received asking if I would be interested in helping to get people to vote. I initially started by calling residence in Texas which I did for two different weekends.

No longer is there a requirement to walk door-to-door to ask people to vote.

The process to volunteer is very easy, as I expected it would be, in our modern times. No longer is there a requirement to walk door-to-door to ask people to vote. Instead, from the comfort of my home, I was able to call to households throughout Texas, Florida, and eventually Kansas as the weeks narrowed in on election day. The Texas and Florida calling was done through an automated system where I would sign in on my computer, the voters information is displayed on my screen, and I am on a single call with my phone that connects me to each person (i.e. I never hang up the phone) which was really easy. I would hear a beep and start talking through my script that displayed on my computer. Based on responses from the person called, I would ask different questions, and eventually end the conversation thanking them for their time.

Overall, the calls were enjoyable. The nice thing about the calling through Texas and Florida process was that it was automated meaning I only would speak to people that answered the phone. If they did not answer their phone, they would not connect with me on the phone. Obviously, this cut down on the amount of time spent on the phone with people that did not want to speak. However, there were some that would answer their phones and then ask to be removed from the calling list.

If you were not aware as we are now done with the calling/texting for elections, if you get a call, or text, from a polling place and you ask to be removed from the list, it is the law that you must be removed from their list. The issue that happened during my time helping with getting people out to vote is that some people would say this is the sixth or seventh time your organization has called me today; the problem is that multiple organizations use the same lists which are shared by the state to which we are contacting. In the processes I was involved, both made it clear if someone asked to be removed from a list that we needed to do so.

The other area that I spent my time leading up to election day making calls and texts was of course Kansas. I spent almost every weekend to end the month of October involved in calling programs or texting for Kansas. Again, the process was enjoyable although Kansas had two different processes for calling with one using an automated system and the other we would use our own phone numbers to call voters. The texting part was my favorite as I could send out in batch and respond like email to the responses following a script. This was ideal as I could do these in the evening while watching television or eating dinner. Very easy and again people had the ability to opt out if they did not want to receive the texts. 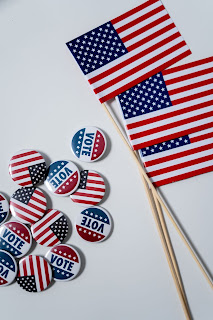 So, why was I interested in participating this year for the election? To get the word out to get people to vote. We already knew that it was going to be a huge election year with lots of voters. As we wait for states to finish up their vote counting, we see the large numbers that turned out before and on election day.

We should have this type of turnout, and interest, in the election process every election and not just this year during a pandemic. Still, even with COVID-19 cases ramping up, it is impressive how many people across the United States got out to vote early, went out on election day, and participated in the process.

I do plan to take part in future elections to help get the word out. It was a fun process and I enjoyed taking part. I enjoyed talking to voters with their concerns. I can think of a few calls that were extremely enjoyable and could have stayed on the phone with the person to discuss with them for hours about politics, the state of the country, and how we are hoping for change.

I trust you made your vote and participated in our election process.

I hope you had an enjoyable process to cast your vote. I trust you made your vote and participated in our election process. Doing the volunteer process did allow me to understand those calls and texts I had been receiving leading up to when I started volunteering. Now, I try to answer or respond to texts when those come through because I can now relate with what they are doing.