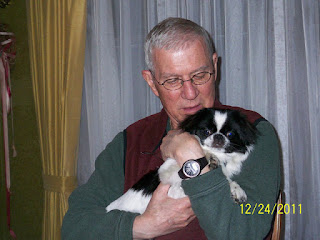 It has been well over a year since my last post.  The past year, I have not felt much like posting.  I have not done hardly any exercising since 2014.  Part of that has just been plain laziness... the other part is that as many of you  know my Dad, Alvin "Beebe" Haverty, passed on December 30, 2014.  It was a surprise to all of us as he had gone into the hospital for the flu.

It seems like just yesterday that Carrie and I were planning to leave early December 30, 2014 morning with Brenda to drive to see Javier and eventually Corrie on New Years Eve.  That all changed when I got a call shortly after I had awoken on the 30 of December.  The call came through about 6 am after I had just realized that we had no hot water in the house.  I am not sure why, but I still feel like it was a sign from my Dad that he had passed.

A year later and it still feels like I can pick up the phone to call home and talk to my Dad.  We miss him so much.  After his passing, I was able to go back and get a number of voice messages that he had left.  Usually they had to do with computer questions needing some help with something.  Not until after his death and the past year working with files he had updated did I realize he really did a good job with computers, Excel files, and browsing the Internet.  He had things very well organized and actually used Excel formulas.

A typical message I would receive from Dad (and Mom usually in the background) is the following... 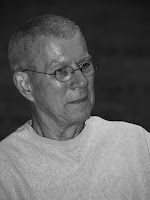 I recall when I was in grade school when Dad and I attended a class on Apple programming.  It was not even at my school as we went to another school across town.  I remember learning and writing programming with my Dad in a coding class.  My first one ever and that was well before I knew I would be doing anything in computers.

So many great memories of Dad that they keep going through my head.  What to talk about and what to share from pictures to voice messages, that has been part of the struggle.  Finally, I decided to simply post a message in his honor.

I just remembered another voice message I wanted to share.  When we first got Oliver (our Japanese Chin pictures in the first picture above), we would put a camera on him so we could monitor him during the day while we were at work.  I shared that stream with my parents one time and they really enjoyed checking in on Oliver throughout the day.  They would be watching the video feed knowing that Carrie and I would be home soon and once they saw us come through, they would call my cell phone to tell me all about it.


Dad did well with Excel files, browsing the web, etc., but as he got older some things just baffled him.  The video camera being able to show our dog was one of those baffling things.  When we would be over and show a YouTube video or movie on their TV via the Internet, he would comment how he was not sure how that could happen.

I wanted to keep this short and it has managed to get lengthy.  I miss Dad a great deal that words cannot describe.  I am thankful to have my Mom in good health and a strong family to laugh, cry, and remember about our Dad and be there for one another.

Pictures to remember Dad are available on Flickr.  The recording of comments at his funeral can be found on my YouTube channel.

The funeral service from the January 10 (approximately 36 minutes) service is below. Thank you to Trinity Lutheran Church in Lawrence, KS and Audrey at Warren-McElwain Mortuary and Cremation Services for their help and support!


Until next time, have a Happy New Year and thank you for reading as I remember my Dad.